Will it be Hawthorne, Kenai or Sitka for the chocolate-colored grizzly bear cub from Alaska?

Bandera, Glacier or Huckleberry for the buff-colored cub with darker-colored legs from Montana?

We want your help to name our two grizzly bear cubs that arrived last month after they were orphaned in the wild.

Can’t wait to see them? We haven’t set a date yet, but stay tuned: The cubs will soon make their public debuts in our forested grizzly bear habitat. And that’s when we’ll reveal the winning names.

Northwest Trek keepers suggested the two slates of names in keeping with our recent tradition of naming animals after geographic locations in the Northwest or iconic trees, plants and flowers native to this area. 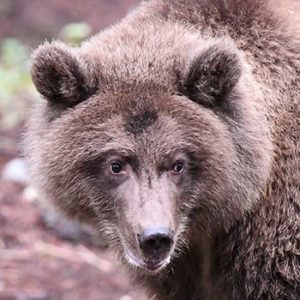 For the orphaned cub from Alaska, the suggested names and their meanings are: 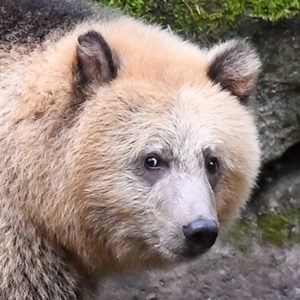 For the orphaned cub from Montana, the suggested names and their meanings are:

“We are excited to present these slates to the public and to give our guests an opportunity to vote for their favorite names for these two engaging grizzly bear cubs,” said Zoological Curator Marc Heinzman. “It’s important to us that they have names that reflect their Northwest roots.”

Each cub has developed his own personality while working with Northwest Trek staff members to get accustomed to his new home, said bear keeper Angela Gibson.

The Montana cub is curious and interested in learning new things, eagerly exploring his surroundings, Gibson said, while the Alaska cub is playful and interested in the “toys” keepers provide to him for enrichment as he gains strength and motor skills, she added. They’re both around 9 months old, having been born during the winter hibernation period.

The Alaska cub was discovered alone, emaciated and in need of immediate care near Nome after his mother was killed by poachers. Skilled zoologists with extensive expertise in the care of orphaned bears nursed him back to health and helped him grow at Alaska Zoo for several months before he arrived at Northwest Trek.

The Montana cub was found orphaned on Blackfeet Nation land in northern Montana. His mother was killed after raiding pigs from a farm. Staff members at Montana Wild, which is operated by the Montana Department of Fish, Wildlife & Parks, in Helena, cared for him from late June until he was moved to Washington last month.

Fortunately for the two young bears, Northwest Trek was in the final stages of reconstructing its grizzly bear habitat with the aim of providing a home for two orphans.
Without human intervention, the bears would likely not have survived after their mothers were killed, wildlife officials in Alaska and Montana said. Neither is releasable back to the wild. Northwest Trek has a long history of caring for grizzly bears and black bears and is an active participant in bear conservation programs.