Awakening a connection to Wild Life with everyone in the Pacific Northwest.

We envision a future where all people in our communities are engaged in the care and protection of nature.

We are nationally accredited by the Association of Zoos & Aquariums (AZA), which ensures rigorously high standards of animal welfare, veterinary care, conservation, education and more. 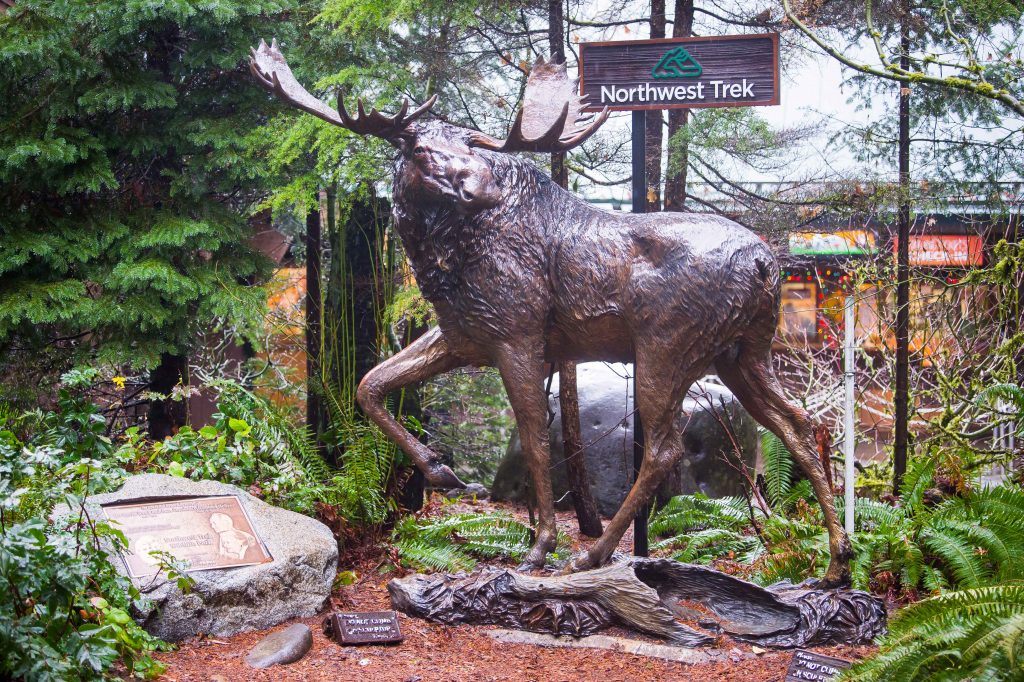 Northwest Trek Wildlife Park is a facility of Metro Parks Tacoma, an independent government agency creating healthy opportunities to play, learn and grow since 1907. A five-member Board of Park Commissioners governs Metro Parks Tacoma and is the policy determining body for the park district.

As part of the Association of Zoos and Aquariums (AZA), we recognize and embrace human diversity in all its forms and facets, and recognize that our work to conserve wildlife and wild places is inextricably linked to issues of environmental and social justice. We are committed to proactively working toward greater diversity, equity, access and inclusion in all that we do.
Full DEAI statement. 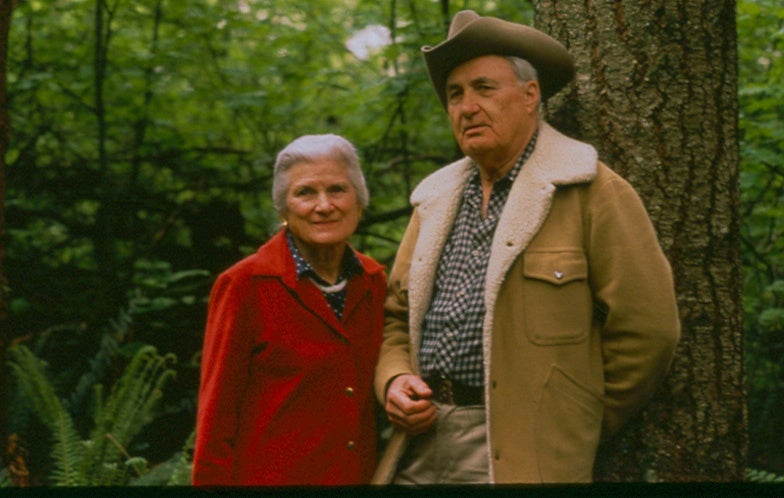 Over the next 15 years, the park expanded its exhibits, debuting the snowy owl, cougar, bobcat, lynx, wolf and bear exhibits. In 1994, the park set an all-time attendance record with more than 210,000 visitors, following the opening of the new grizzly bear exhibit.

On January 20, 2006, Dr. Hellyer passed away and in July of 2012, his devoted wife, Connie, passed away. Their passion and commitment to Northwest wildlife and habitats lives on at Northwest Trek Wildlife Park. The park continues to play a significant role in the lives of community residents and generations to come.

How We Are Funded

Northwest Trek is funded entirely through a combination of sales tax revenue, grants, donations and earned revenue, including admission fees and revenue from food and gift sales.

Point Defiance Zoo & Aquarium in Tacoma is the only combined zoo and aquarium in the Pacific Northwest. The 29-acre zoological park was established in 1905, and attracts about 700,000 visitors a year. The Zoo sits within 700-acre Point Defiance Park, offering spectacular views of Mount Rainier, the Olympic Mountains and Puget Sound. Like Northwest Trek, PDZA is nationally accredited by the Association of Zoos & Aquariums (AZA), as well as the Alliance of Marine Mammal Parks and Aquariums (AMMPA).

Together, we make up the Zoological and Environmental Education Division (ZEED) of Metro Parks Tacoma.

The Northwest Trek Foundation is a Washington state registered 501(c) 3 non-profit organization that promotes conservation, education and recreation to a regional and national community through the display of native wildlife in their habitats at Northwest Trek Wildlife Park. Mobilizing volunteers and donors to bring their time, talent and financial resources to support our programs is key to the work of the Foundation.

Learn more about the Foundation

The Zoo/Trek Authority was established in 2001 to oversee disbursement of sales tax revenue to Point Defiance Zoo & Aquarium and Northwest Trek Wildlife Park. In 2000, Pierce County voters approved a one-tenth-of-a-cent increase in the local sales tax rate to support the Zoo, Northwest Trek and parks.

One-half of these new local revenues go to Point Defiance Zoo and Northwest Trek. The other half is divided among park systems throughout Pierce County.

The ZTA is composed of seven elected officials appointed by city and county councils as follows:

The ZTA is charged with approving the biennial operating budgets for Point Defiance Zoo & Aquarium and Northwest Trek prior to final adoption by the Metro Parks Tacoma Board of Commissioners.

Get Northwest Trek in your inbox!

Our monthly e-newsletter is packed with animal news, adorable photos and coming events. Sign up here.

We won’t share your data, and we welcome fair dialogue on social media.