There are plenty of signs of spring at Northwest Trek: skunk cabbage and red flowering currant are blooming, fern fiddleheads are unfurling, Oregon grape is blossoming, birds are chirping, and the grizzly “brothers” are waking up from their winter naps and becoming more playful every day.

After being in a state of torpor (a form of hibernation) all winter, Huckleberry and Hawthorne can be seen playing and exploring in their forested habitat. 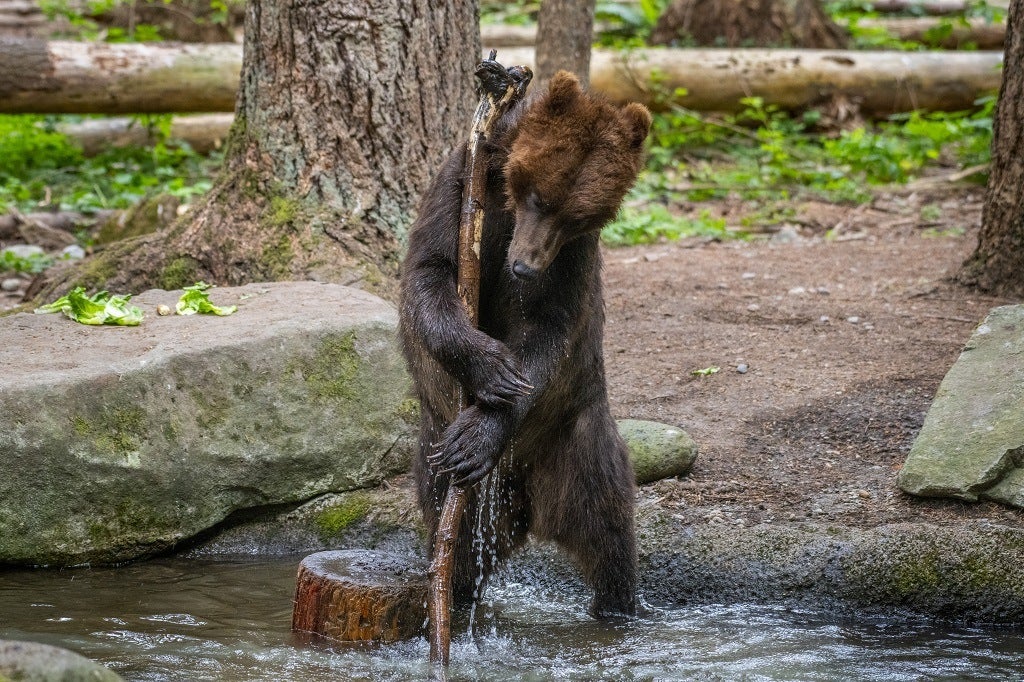 “A stick in their habitat recently caught Hawthorne’s attention and he rolled around with it all day,” said keeper Carly.

Carly says Hawthorne is the more excitable of the pair, always on the go.

“We say Hawthorne is always running at a 10 while Huckleberry is more laid-back,” said Carly. 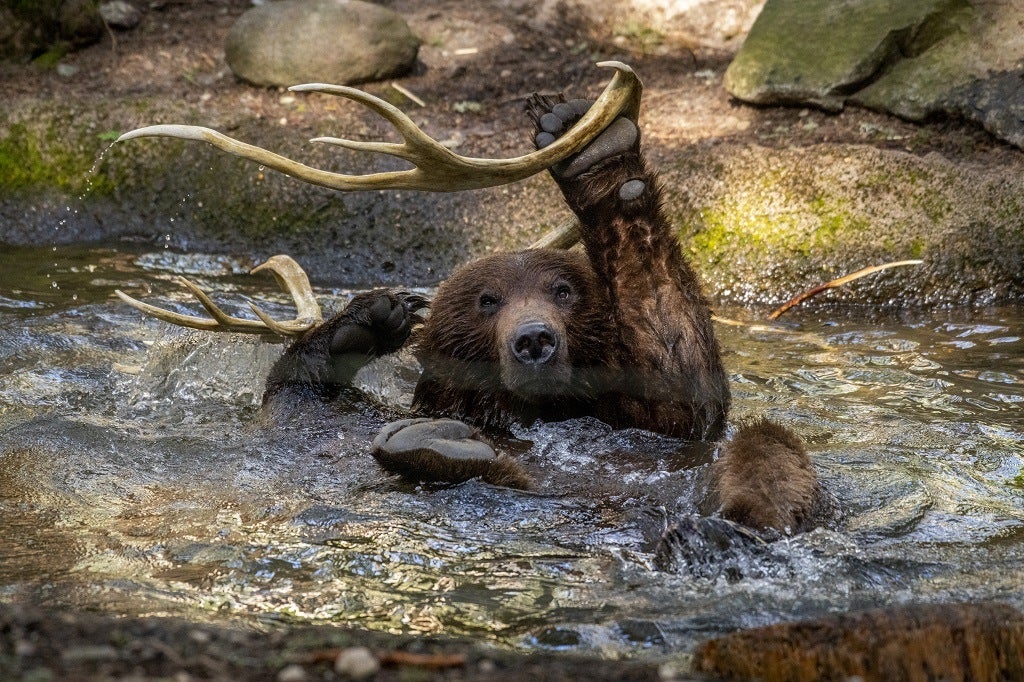 They both enjoy elk antlers, branches, puzzle feeders filled with chow, and occasional naps in the sunshine.

“Because they came to Northwest Trek as young cubs around the same time, they are incredibly bonded,” said Carly. “They are always near each other and curious about what the other one is doing.”

While they are not related, they are often referred to by staff and guests as the “grizzly bros.” 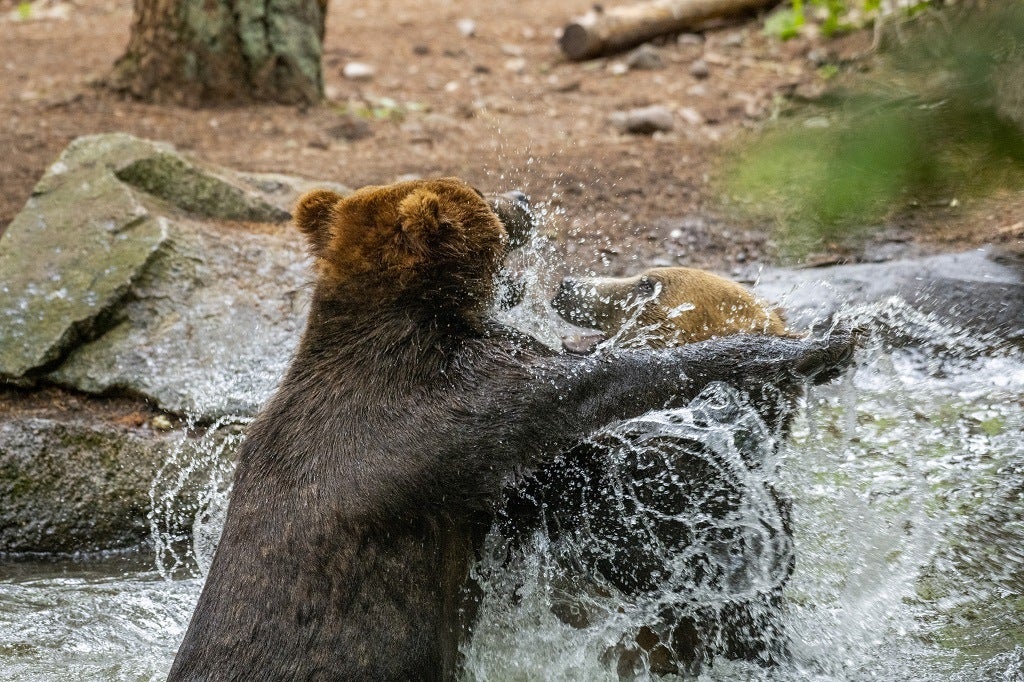 And, like many brothers, they wrestle all the time. As the days get warmer, look for them wrestling in their seven-foot-deep pool.

“They really are the best of companions,” said Carly. “They are so fun to watch and to care for.”

The bears’ metabolisms naturally slowed down during the winter, but now that it’s spring they are eating more each day — about 10 pounds of food per day for each of them. By August, they each will ramp up to 30 pounds of food per day as they prepare for winter 2023’s torpor season. Carly says their current favorite food group is fruit.

By the fall, they will each be about 100 pounds heavier.

How to Tell Them Apart 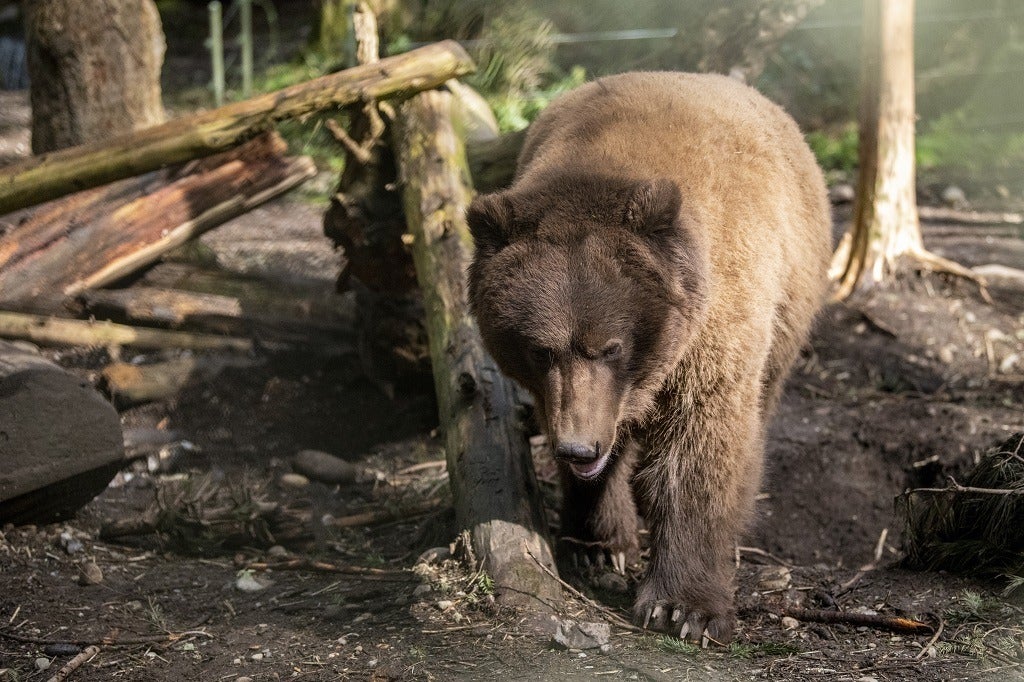 Hawthorne is a dark chocolate color. 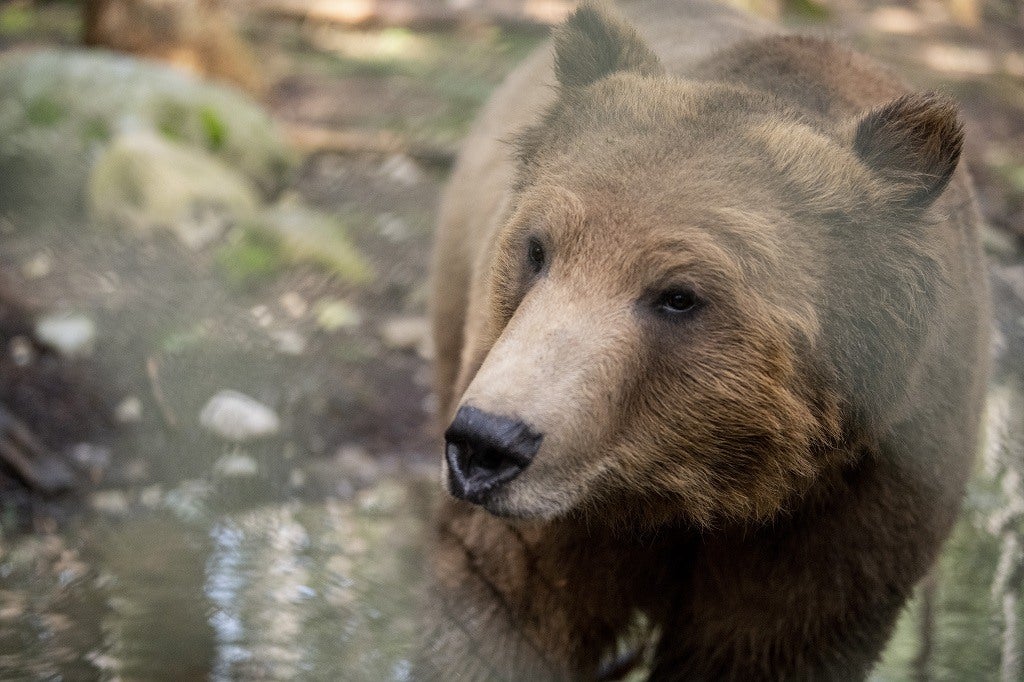 Huckleberry is a lighter brown.