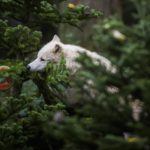 Dec. 18, 2018: People aren’t the only ones to receive holiday gifts at this time of year. Northwest Trek Wildlife Park’s creative keeper staff is as busy as Santa’s elves, creating special treats for the resident animals for the annual Winter Wildland event. 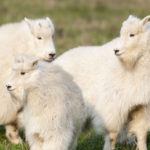 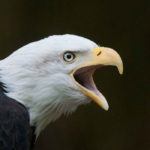 Oct. 18, 2018:  U.S. military veterans are invited to enjoy the splendor of Northwest Trek Wildlife Park and the wonder of Point Defiance Zoo & Aquarium at no charge on Nov. 10, 11 and 12. Veterans’ immediate family members will receive half-off general admission at each zoo. 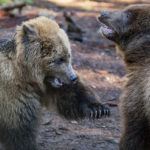 Double the fun: Grizzly bear cubs go on view together this weekend

Oct. 11, 2018: Huckleberry enjoys hanging out by the pool. Hawthorne likes standing on the log over the pool. But come this weekend, they could spend more time chasing one another around and playing. On Friday, Huckleberry and Hawthorne will go on public exhibit together for the first time at Northwest Trek. 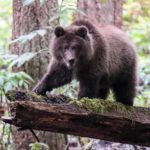 Grizzly cubs get names and make their debut 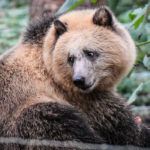 Sept. 14, 2018: Will it be Hawthorn, Kenai or Sitka for the chocolate-colored grizzly bear cub from Alaska? Bandera, Glacier or Huckleberry for the buff-colored cub with darker-colored legs from Montana? Northwest Trek Wildlife Park wants the public’s help to name two grizzly bear cubs that arrived last month after being orphaned in the wild. 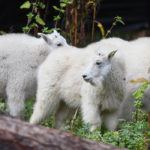 Sept. 14, 2018: Three regional zoos are partnering with state and federal agencies that are translocating non-native mountain goats from Olympic National Park to the northern Cascade Mountains. The zoos are providing permanent homes to goat kids without known mothers. 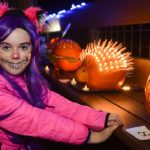 Time to scare up your online tickets for Hoot ‘n’ Howl 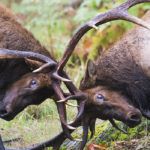 Fairgoers save big on “Trek Tuesdays” in September

Aug. 30, 2018: Animals, rides, scones…September means the Washington State Fair, and now it also means a chance for fairgoers to save big at Northwest Trek. On “Trek Tuesdays” through September, Washington State Fairgoers can get $5 off general admission at the wildlife park. 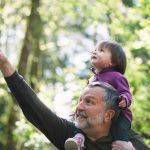 Aug. 20, 2018: Seniors aged 65 or older receive special half-price general admission at Northwest Trek Wildlife Park throughout the month of September. That means a ticket is just $10.50 per senior. 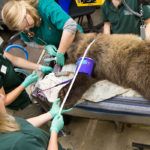 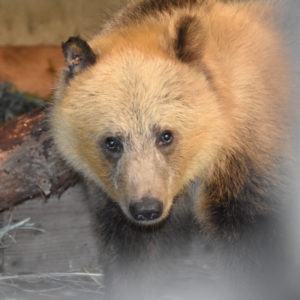 Aug. 7, 2018: Cub from Montana getting acquainted with keepers and settling into new home; he soon will be introduced to the orphaned cub that arrived from Alaska last week. 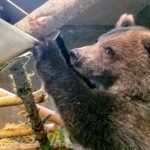 Aug. 2, 2018:  He’s been at Northwest Trek Wildlife Park for barely a day, and he’s already made himself at home. A 6-month-old orphaned grizzly bear cub arrived at the wildlife park near Eatonville from Anchorage, Alaska, Wednesday morning, eagerly ate his first meal and playfully tackled natural “toys” in his den. 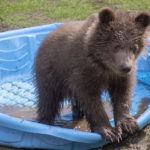 July 31, 2018: For the first time in its 43-year history, Northwest Trek Wildlife Park near Eatonville will be home to two grizzly bear cubs. A cub estimated to be about 6-months-old is due to arrive at the wildlife park from Alaska on Wednesday; a yearling grizzly bear from Montana is expected to come to its new home in the next few weeks.

July 23, 2018: All aboard! Northwest Trek begins brand-new Keeper Adventure Tour, going off-road with a keeper in the Free-Roaming Area to come up close to bison, elk, moose and more. 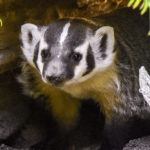 May 10, 2018
Just in time for Mother’s Day there are newborn bison calves at Northwest Trek Wildlife Park

Back to Press Releases