Just a few weeks ago, they were orphaned near Ellensburg. Their mother was killed by a car. And the two young badgers were being fed by a kindly landowner who worked to keep the foundlings alive until rescuers from the Washington Department of Fish & Wildlife could arrive.

Today, badger sisters Poppy and Lavender, named for flowering Northwest plants, are at home in a new habitat at Northwest Trek Wildlife Park.

“They likely could not have survived in the wild and were in need of care and feeding when they were rescued,” Northwest Trek Zoological Curator Marc Heinzman said.

“We can ensure that they get the proper diet and provide them with a large outdoor habitat to explore, just as they would in the wild,” he added. 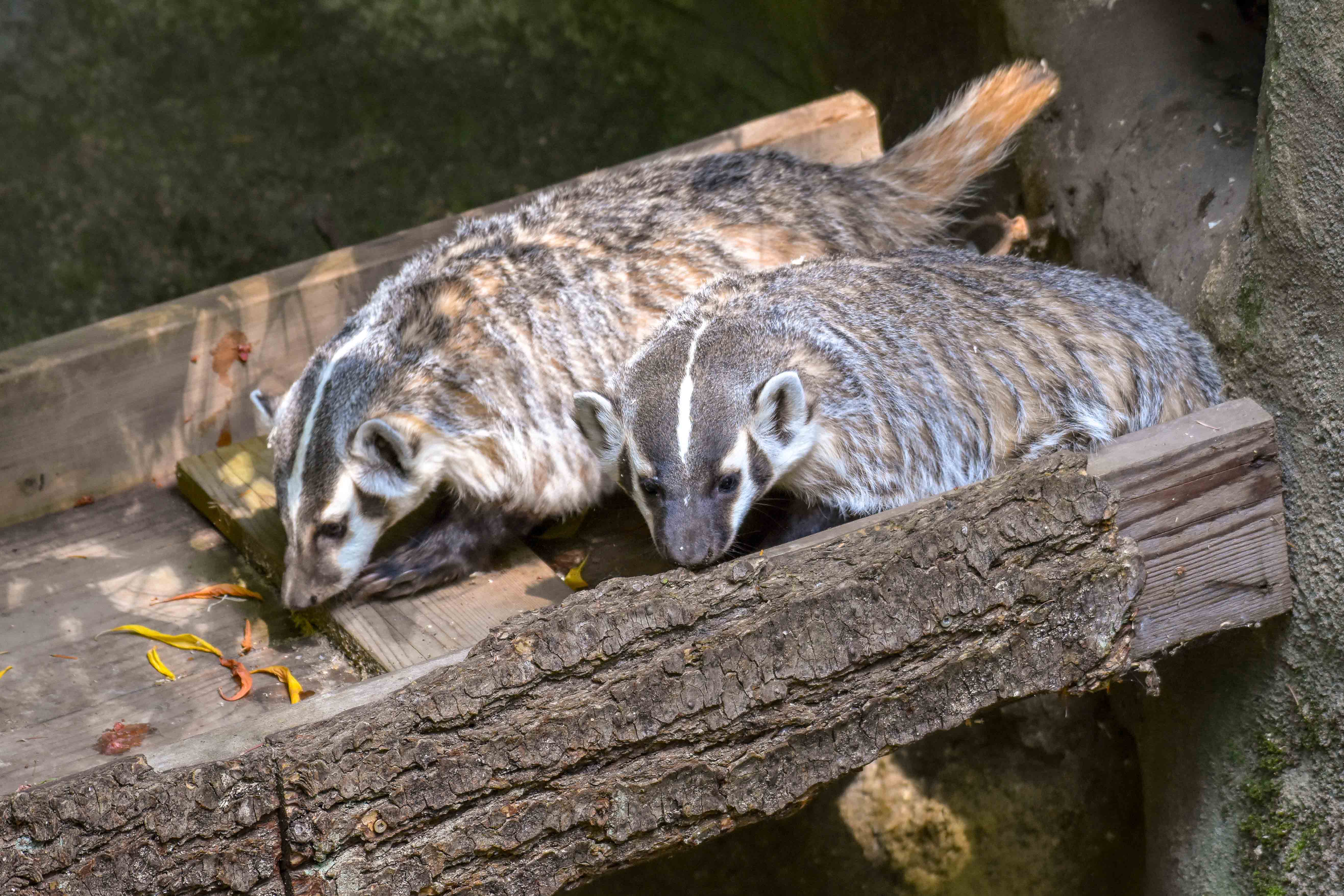 The two badger kits, estimated to be 2-3 months old, “are very outgoing and accustomed to people,” a fact perhaps related to the care they received from the landowner, Heinzman said.

They are on exhibit together in the Wetlands habitat at Northwest Trek and already are drawing large crowds.

American badgers are members of the weasel family native to the Western North America, New England and parts of the Southeastern United States.

Their populations are increasingly threatened by loss of habitat and human-animal conflict.

In their new home at NorthwestTrek, Poppy and Lavender are ambassadors for their species, helping guests learn more about these beautiful animals.