Jake Pool had a problem most gardeners wouldn’t even imagine: His baby plants were getting ripped up by wolves.
Gray wolves, to be precise. Because Pool is the horticulturalist here at Northwest Trek, and he doesn’t just have the usual Northwest garden challenges of slugs and deer. He’s got bigger animals to deal with.
Luckily, he also has animal keepers to help find solutions.
“Keepers design enrichment to give animals opportunities to express natural behavior,” says keeper Angela Gibson, who looks after the canines, bears and big cats at Northwest Trek. “For wolves these behaviors include territorial marking, caching, tracking prey and social play. So while the animals are behind the scenes, keepers hide food, treats, scent, and toys under logs, behind stumps, in the soil, in vegetation clumps, even up in trees. The wolves seek out these items in a race to get there first: chewing, scratching, rolling, and digging at the enrichment.” 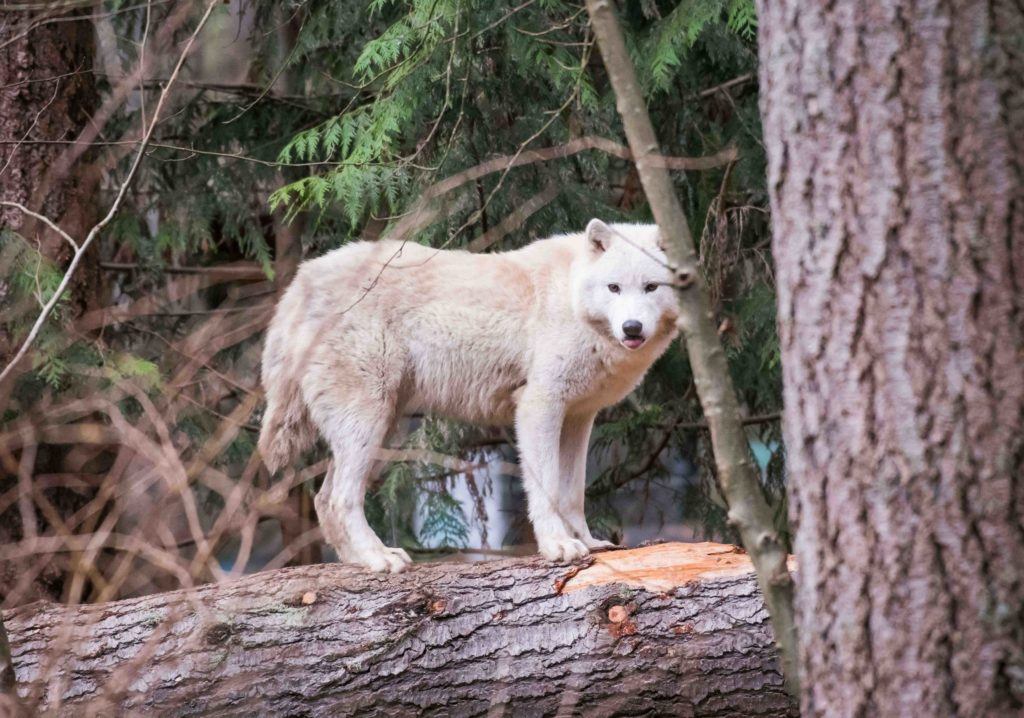 The problem is that when Pool needed to replant those scratched-up areas, he was doing something very similar: He went in, hiding the tender new plants next to logs or behind stumps so the wolves wouldn’t find them.
“Immediately the wolves found these new items and treated them the same way they would a keeper-provided enrichment,” says Gibson drily, “but with the added bonus that the plants smelled like Jake – a novel scent in their territory.”
You can imagine what happened next.

Breaking up the cycle

To break the wolf-plant cycle, Pool and Gibson brainstormed ideas – then tested them scientifically.
In separate test plots, Pool and Gibson each planted sword ferns and native deciduous saplings in three types of material: soiled wolf bedding (straw), soiled compost from the wolves’ habitat, and a control plot planted normally with increased browse (leafy material).
The results were transformative. The soiled bedding significantly reduced the wolves’ interaction with the plants – even those planted by Pool, whose smell the animals were most curious about.

“What’s exciting about this result is that soiled bedding is a material that’s on hand and easy for any zoo to incorporate into the way they plant,” says Gibson. “It masks the new scent long enough to keep the plants intact for the first few days until the horticulturalist scent wears off.”

“And the plants are more likely to survive,” adds Pool.

It’s not just a great discovery for Northwest Trek, but for the wider zoo world, which often has the same kinds of plant-animal challenges. Pool and Gibson presenting their findings last fall to the American Association of Zoo Keepers conference in Washington, D.C., and it was such a hit that the Oregon Zoo chapter asked them to do a consult presentation for Zoo staff this March.
“They’re interested in how we are working together to come up with new ideas,” Pool says. “One of our biggest strengths is our ability to work together to create something better. At Northwest Trek we are small enough that we can do that, and each of us has different backgrounds and skill sets. When you get a horticulturist and animal keeper together, we can bounce ideas back and forth on how to reach goals we both want. Northwest Trek is special like that.”

But the collaboration didn’t stop there.
This past winter, Pool had the same outdoor task as many landowners in the Pacific Northwest – taking down dead or dying trees, which pose a hazard to staff and visitors during winter storms. So he called in the arborists – then consulted with Gibson on another idea they had for the wolves.
“I had noticed patterns of how the wolves moved around their habitat,” Pool explains. “Most animals, both wild and domesticated, move with the path of least resistance. Maybe it’s calorie management – who knows for sure? But Angela knows animal behavior, and especially the animals she cares for daily. She taught me that wolves move on circuits around the perimeter, covering their area. Plus, they like to see what is coming as soon as they hear it.”
Both Pool and Gibson had noticed the wolves liked to jump onto logs to better scope out their surroundings. So together the keeper and horticulturalist walked the habitat, looking at hazard trees and observing how high and far the wolves ran down existing logs. They also worked out the best visitor sightlines for seeing the wolves in action.
Then Pool and his arborists got to work, moving stumps and rocks with an excavator into a position where they would cradle the dead trees. 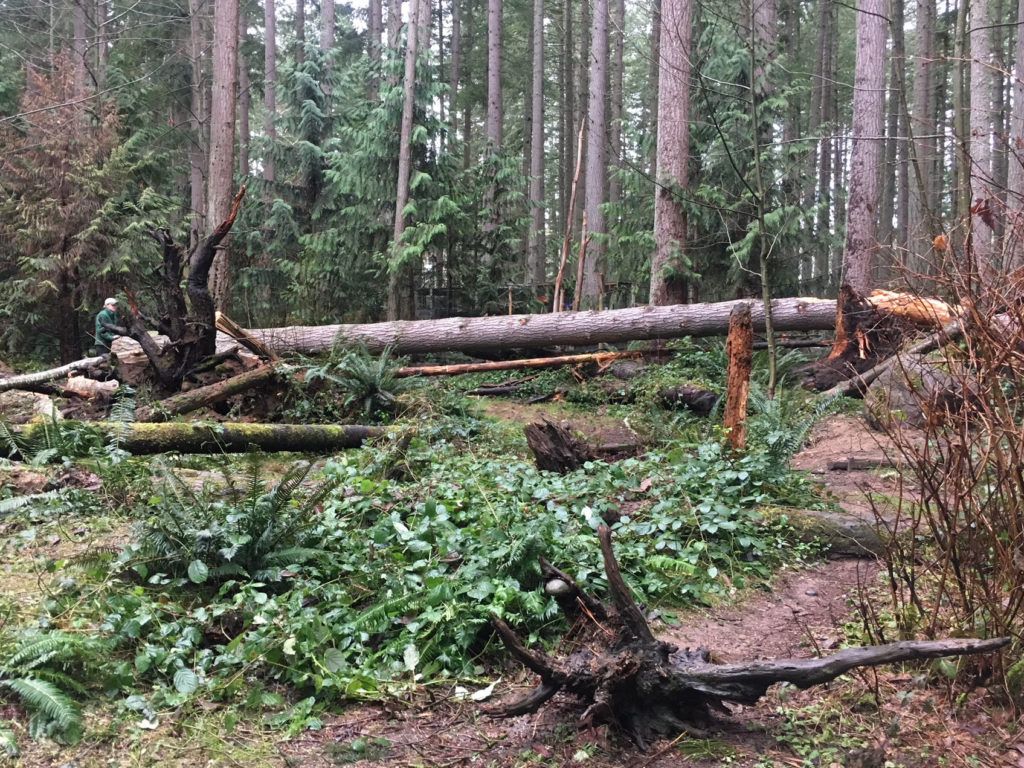 With great precision, Pool’s team then felled the trees in exactly the right direction – instant habitat enrichment.
“For the most part it worked well,” says Pool. “And the wolves are using it. That’s the clear mark of approval.”
Pool also repurposes dead trees into habitat snags, animal enrichment, picnic tables – even door frames and decorations for the new education offices in a renovation with a woodsy, Northwest vibe.
“It closes the nutrient loop,” he says, with satisfaction.