And then there’s Hoot ‘n’ Howl. An entire wildlife park full of spooky decorations, lights and glowing pumpkins, not to mention games, treats and even a ghost tram, the annual Northwest Trek fall event (this year Oct. 11-12 and 18-19) takes weeks of preparation from almost every single staff member: zookeepers, naturalists, admissions staff, maintenance crew and more.

But it’s worth every minute.

“It’s a lot of work, but it’s so much fun,” says Emily Santiago, the lead naturalist in charge of events. On a Thursday afternoon one week before Hoot ‘n’ Howl opens, Santiago’s on the floor of a staff meeting room surrounded by spooky decorations: dozens of grinning fake pumpkins, a couple of ghoulish stumps, giant cauldrons, electric candles, string lights, black tinsel, six skeletal trees, boxes and boxes of art supplies and candy, and a massive white spider in a storage tub.

(Kind of like the “12 Days of Christmas” song, but for Halloween.)

It took five minivan trips to bring it all up from the storage buildings.

“We start about a week beforehand,” says Santiago, winding spider webbing around a pallet with “Welcome to Hoot ‘n’ Howl” written in orange and white. “It takes all staff – it’s a team effort.”

While the maintenance team puts up glowing lights and bigger structures, and animal care staff decorate their own spaces, Santiago’s role is decorator-in-chief. She buys new items (like the skeletal willows) and tries to make traditions even bigger and better, like the spider-themed Bear Bridge.

This year she’s starting something new: a Black Light Nature Hike, where she’ll lead guests around the Cat Loop armed with personal blacklight flashlights to illuminate the glow-in-the-dark paw prints, animal eyes and bats she’s spent days attaching to trees. The hike will end up at the bat exploration station in the Baker Cabin.

From Tombstones to the Ghost Tram

But if it sounds like a decorator’s paradise to have an entire wildlife park as a canvas, there are definitely challenges too.

“I have to outsmart the wild animals around here,” Santiago says, smiling. “The squirrels love to take my webbing. And of course the weather takes its toll on everything. Plus it gets really dark out here, so if a decoration doesn’t have its own light I need to figure out how people can see it.”

Some of the decorations go back decades to when Hoot ‘n’ Howl first began. A series of gray foam tombstones with humorous epitaphs were made long ago by Dan Belting, facilities manager. There are still even some of the original inflatables: “They were built to last in those days,” comments Santiago. “And they’re so cool!”

But some are brand-new, like the ghosts-on-sticks Santiago’s team just made this year.

One annual tradition is the legendary Ghost Tram, the stuff of not-so-scary stories aboard the 20-minute starlit tram rides at Hoot ‘n’ Howl. Yes, Virginia, there really is a Ghost Tram – and lead naturalist Gabby Huffman is in charge of creating it. (Spoiler alert here.)

“It’s one of the regular trams, which we park off the road just near the end of the tour,” explains Huffman, who’s about to spend an afternoon stringing up fake skeletons and a taxidermied wolf with duct tape and fishing line. “We black out one side and light up the other. And we usually have some sort of costume theme – last year it was Star Trek. This year it’s ‘Music through the Ages.’”

There’s even a rumor that the moose statue at the front of the park will get into the spirit of the theme – let’s just say that Elvis will be in the building, so to speak.

It Takes a Team

The fun doesn’t stop with Santiago and her team. Tiffany Helm, visitor services associate, starts popping into stores in September to stock up decorations for the front office, gate and ticket windows that set the scene as soon as guests arrive.

“Halloween is totally my passion,” says Helm. “I just love all of it.”

Of course, the actual event – this year on four nights, Oct. 11-12 and 18-19 – sees the biggest team effort. Santiago’s job involves leading the black light hikes, restocking candy at treat stations, overseeing the many volunteers that make the event happen and generally making sure everyone is having a great time.

After all this, does she decorate her own house?

“No!” Santiago laughs. “This is enough Halloween for me!” 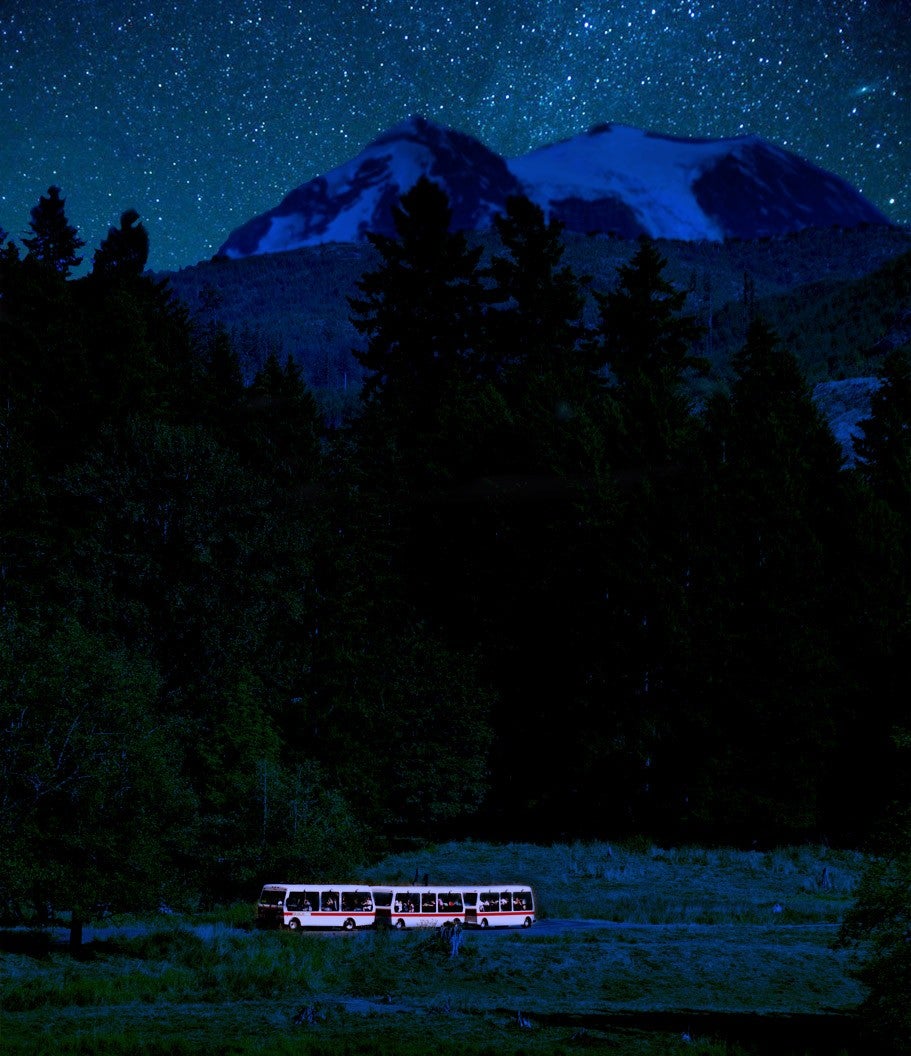