A Tale of Two Wolves

Once upon a time there were two wolf species: red wolves and gray wolves. Neither of them were “big and bad,” but they were often feared by humans. Over time, more and more were hunted. By 1940 gray wolves were decimated in the American wild and by the 1970s, so were red wolves. It was time for the story’s hero to step in. 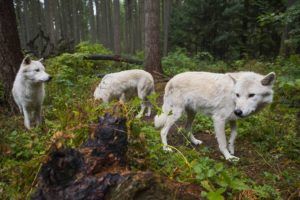 “Humans have a long history of blaming predators for problems, like wolves and grizzly bears,” says Marc Heinzman, zoological curator at Northwest Trek. “But scientific data shows that’s just not true in all cases.”

While it’s true that wolves are top-level predators who can prey upon livestock, they have lived in balance with their natural prey (like elk or deer) for millennia. Wolves can help maintain herd health by culling sick, old and weak animals. They also keep their prey on the move, preventing overgrazing and erosion. And for other endangered species like caribou (believed to be extirpated in Washington), it is habitat loss, rather than wolves, which does the worst damage.

This story has a happy ending – so far. In 1967, both gray and red wolves were listed under the new Endangered Species Preservation Act (which later became today’s Endangered Species Act). The remaining red wolves were brought into human care for an intense breeding program. Point Defiance Zoo & Aquarium was a leader in that program, caring for those wolves and giving a home to new litters of pups. The Zoo also runs a red wolf facility behind-the-scenes at Northwest Trek, breeding pairs with minimal human contact as an assurance population for wolves in the wild.
Gray wolves, meanwhile, were reintroduced in the 1990s at Yellowstone National Park and central Idaho. The numbers of both species have increased, thanks to conservation efforts.

But wolves are still in danger. The Big Bad Wolf of our fairytales is in fact a beautiful animal, crucial to our planet, who needs our help. We want you to meet ours. 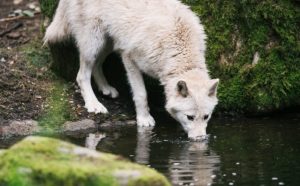 Tala, Darcy and Canagan are super-curious about humans. They’ll check out Northwest Trek visitors, sniff endlessly for new scents left by their keepers as enrichment, and have even pricked up their ears at a mini-concert given by a staff member.

They’re also incredibly necessary in the wild. Roaming in packs with highly sophisticated communication, they keep deer and elk populations in check, benefitting many other plant and animal species. The carcasses of their prey give food to grizzly bears and scavengers. We’re only just beginning to understand their positive ripple effect on ecosystems and humans alike. 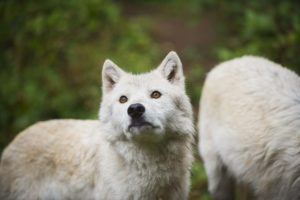 After near-extinction, gray wolves were reintroduced into parts of the Northwest. Some states have healthy populations, others don’t. Now, a proposal to take gray wolves off the federal endangered species list is hotly debated. They are federally protected in the western two-thirds of Washington state, and listed as endangered under Washington state law.

It’s highly unlikely you’d see a wolf in the wild – they are shy of humans and try to avoid them.

So Northwest Trek is a place where the average person can get up close to wolves – and the animals they prey upon – to discover what awesome creatures they are.

“Wolves are endangered, yet they don’t get the attention that other, more exotic, species do, like pandas or rhinos,” Heinzman explains. “Because we care for them here, visitors get a unique opportunity to see these animals up close – and start to think about how we can better protect them in the wild.”

The red wolf pack at Point Defiance Zoo has a fan club of hundreds of thousands.

Five critically endangered American red wolf pups were born at our off-site facility in May 2022. The healthy pups are the latest success in the story of recovery for this iconic American species.

With golden eyes and a brown coat tinged rust-red to blend perfectly with long grasses, red wolves are an iconic American symbol. Smaller than gray wolves but larger than coyotes, they mainly eat white-tailed deer, with some raccoons, rabbits and nutria. They once ranged from New York to Texas, but after near-extinction, fewer than 20 remain in the wild in eastern North Carolina. Around 250 live in human care.

“Wolf pups are vital to the future of this critically endangered species,” says Donovan, the assistant curator who heads up the Zoo’s red wolf care. “Plus, they’re adorable.” 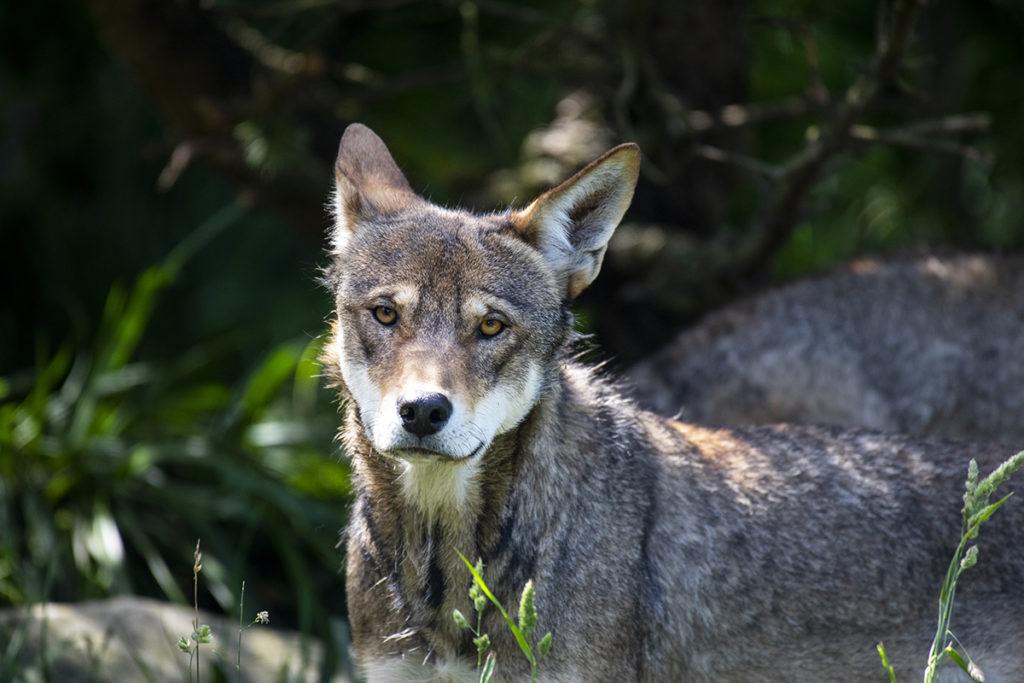