It’s kind of obvious that Rachael Mueller is passionate about recycling.
Standing in front of the entire Northwest Trek staff at a monthly staff meeting, the wildlife park’s Conservation Program Coordinator flips through slides and speaks with an urgency most of us don’t associate with used tires and electrical wire. But Mueller has a mission – to protect the wild places she herself discovered as a child. And she’s helping Northwest Trek do that through recycling.

What do we recycle?

Pretty much everything, it seems. Mueller’s staff presentation is all about mixed recycling – paper, plastic, metal. But Northwest Trek recycling goes way beyond the bins that visitors see dotted around the park. 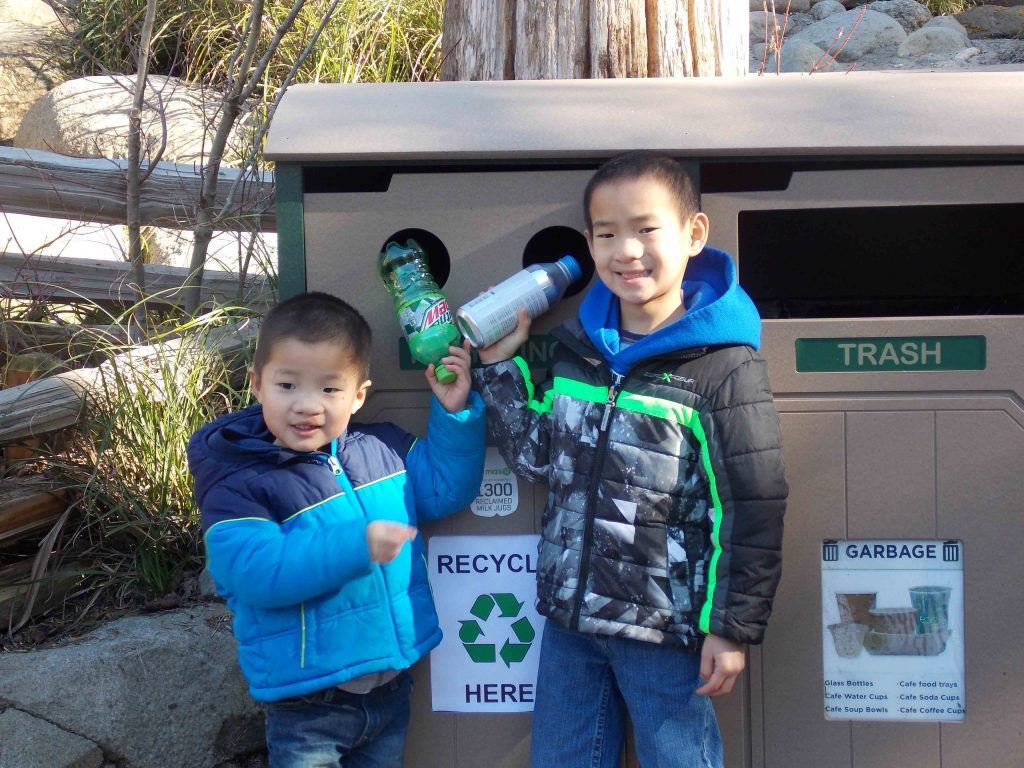 It’s up to us to be the change we want to see in this world. – Rachael Mueller

Mueller has always been passionate about sustainability – especially when she realized in her 30s that environmental conservation was such a big issue. First a volunteer and now a full-time employee, she has worked at Trek for seven years.

Since then, upping Trek’s recycling has been her mission.

“Recycling rules about what and how really vary from place to place,” she explains. “What can be put in mixed recycling, for instance, in the city of Tacoma, can’t necessarily be recycled in the same way out here in Eatonville.”

After some online research, she called a sustainability representative at Pierce County Public Works, who has since been her go-to for finding out how to recycle as much as possible. 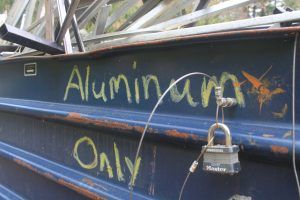 Now, Northwest Trek is such a leader in green practices that it was awarded a five-star rating from the county’s Enviro-Star program. We buy energy-efficient vehicles, using hybrid cars and biodiesel-fueled tractors. We renovate our tour trams. We use a combination of LED, fluorescent and motion-sensitive lighting; we print on recycled paper, use green cleaners, recycled wood products, and have switched from plastic to reusable bags in the gift shop.

Our maintenance shop recycles motor oil, brake cleaners, solvents, anti-freeze and absorbent pads. Waste from herbivore animals is composted, along with employees’ lunch waste. We even send our carnivore waste to be converted into fertilizer, much like TAGRO in Tacoma.

“If there’s one thing I want people to take away from the recycling we do, it’s that, just like Gandhi said, it’s up to us to be the change we want to see in this world,” Mueller says. “I grew up watching the wild places I used to play in as a child being developed. I lost almost all of them. It’s my goal that my kids and everyone else can have that opportunity to experience wildlife. I’ll do whatever I can to make that happen.”