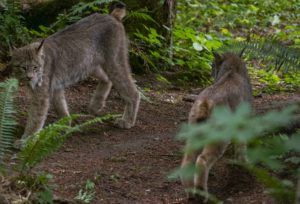 Omak was a Colorado guy who came to Northwest Trek as a youngster in 2014.

Nuka swung into town in 2018, a female originally intended to be his mate.

Now, finally, both Canada lynxes are together on exhibit – but just as companions. And they’re getting along extremely well.

“Nuka and Omak were first introduced behind the scenes and over time became comfortable together” said Withers. “Guests can often see them on opposite sides of the habitat, but they don’t seem to mind sharing the space. Sometimes they even share enrichment items!”

Originally, the plan was to have the two cats breed, per a recommendation by the Association of Zoos and Aquariums’ Species Survival Plan (SSP). However, in 2019, that recommendation was reversed because Omak’s genetics were already over-represented in the lynx population. Turns out, Omak’s family members are excellent breeders!

So veterinary staff placed a birth control implant in Nuka, which allows the cats to be together without producing kittens. 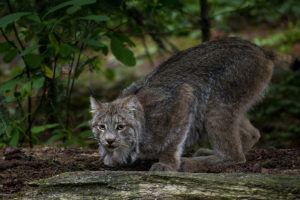 How are they doing?

“Nuka was more nervous at first and gave Omak a lot of warning growls and vocalizations when he would get to close to her,” explained Withers. “Omak was very respectful of those warnings. After the first week her vocalizations changed and she began to be more receptive to him being close. Now, most of the time, they rest on opposite ends of the habitat.”

Playful and spunky, Nuka loves stalking birds, says Withers – and keepers too, hiding behind things to follow them around as they work behind the scenes.

Omak is more stubborn, but does have favorite treats – like chicken gizzards. If a keeper has them, he’ll pay more attention, says Withers!
And both cats like a good long nap.

Guests can tell the two apart by their size: Nuka is just a bit smaller than Omak.

With their thick speckled fur, black-tufted ears and huge paws for stalking prey on snow, Canada lynxes are stunning cats to look at. But they’re endangered in Washington. The species is threatened by a number of factors, including the 2017 forest fires that destroyed much of their native habitat in Okanogan County, according to the Washington Department of Fish & Wildlife. 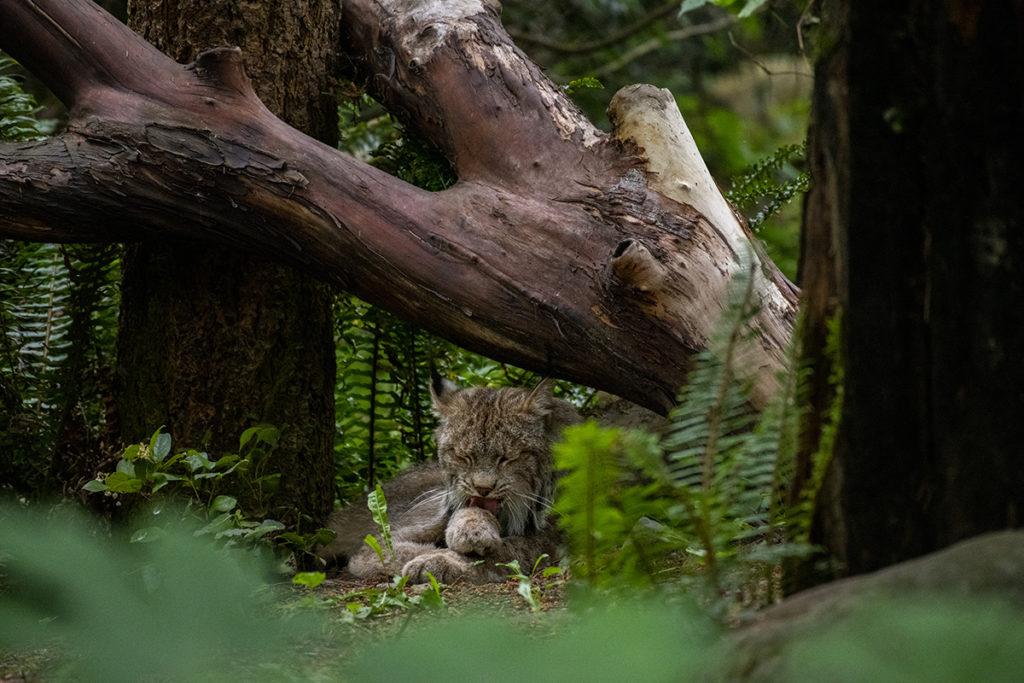