On Friday, November 5, federal, state, tribal and partner biologists released five fishers from Alberta, Canada into the lush, coastal forest near Lake Ozette, the latest event in a nearly two decades-long project to restore the native species to Washington State.

Fishers- a member of the mustelid or weasel family roughly the size of a housecat that feeds on rodents, hares and even porcupines- were extirpated from Washington by the 1930s due to over-trapping, poisoning and fragmentation of their forest habitat.

This latest fisher release is part of an ongoing partnership led by the Washington Department of Fish and Wildlife (WDFW), the National Park Service (NPS), U.S. Geological Survey (USGS) and Conservation Northwest to restore the elusive carnivores to Washington’s Olympic Peninsula and Cascade Mountains. 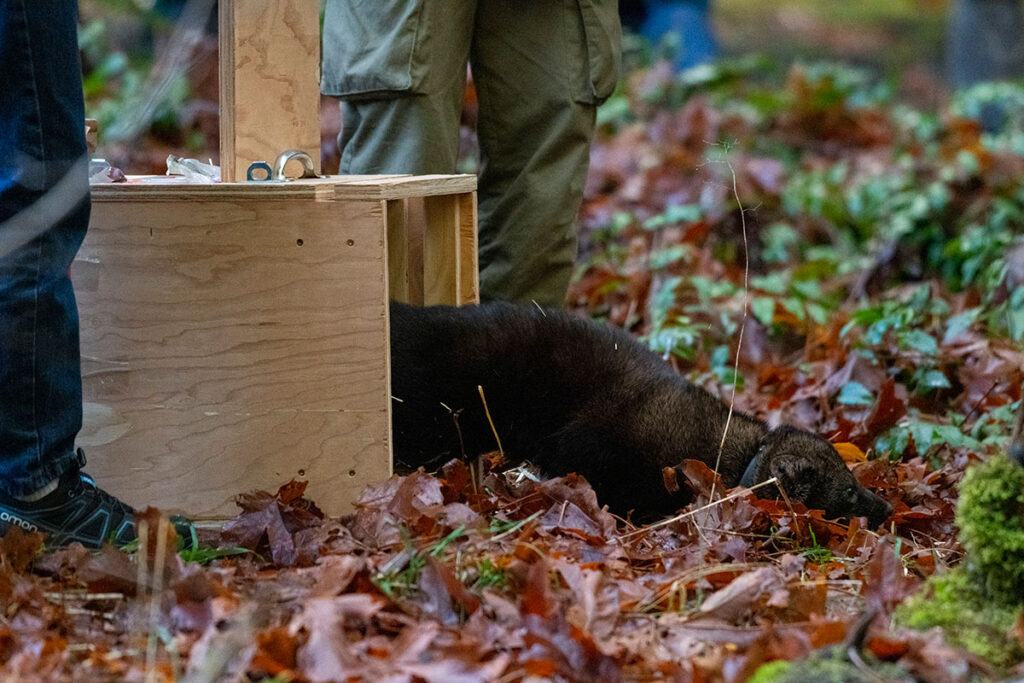 “Watching fishers return to the forests of the Olympic Peninsula is truly inspiring,” said Olympic National Park Superintendent Sarah Creachbaum. “As they scamper through lush ferns and back into our biodiverse landscape, you can tell they belong here, and will enrich our natural heritage and support the overall health of this ecosystem.”

While the Washington Fisher Reintroduction Project met its goal in early 2020, releasing more than 250 total fishers across the Olympic and Cascade ranges with successful reproduction documented in both areas, project partners saw an opportunity this year to boost the numbers and genetic diversity of fishers on the Olympic Peninsula using animals live-trapped in Alberta.

Approximately 20 fishers are expected to be released at sites around Olympic National Park and Olympic National Forest in November and December of 2021, including the first five near Lake Ozette last week. The Ozette area was chosen for the latest releases due to the ongoing partnership with the Makah Tribe since 2008 and the Makah Tribe’s continued research on the fisher population in the Ozette to Neah Bay region. 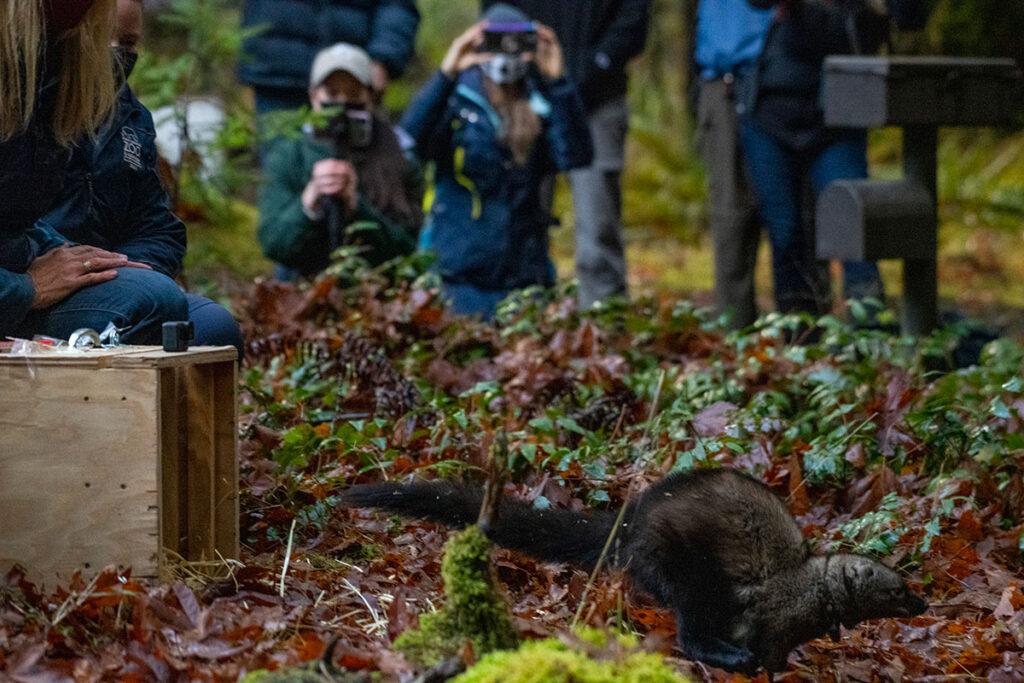 The releases this fall are a direct result of the monitoring effort by the ongoing partnership from 2013 to 2016 which demonstrated that the restoration successfully established a fisher population. However, the analysis of the DNA samples from hair snares also revealed a loss of genetic diversity due to a smaller than desired percentage of the females successfully denning. The release of these fishers on the Olympic Peninsula, where the statewide journey for fisher reintroduction began, marks the last step to ensure the long-term success of this effort.

Funding for this effort is primarily from the public and partner agencies and started with a donation from Olympic Park Associates and Washington’s National Park Fund. Support and funding for this latest round of fisher transplants also comes from the National Park Service, WDFW, Conservation Northwest, Northwest Trek Wildlife Park and Point Defiance Zoo & Aquarium, Woodland Park Zoo, and others.

“Fishers are vulnerable in Washington, and we are working creatively alongside partners to bring them back to their native range,” said Kelly Susewind, WDFW Director. “Fisher restoration is a great example of our agency’s mission, and how partnership is the key to conservation success.”

Regional non-profit Conservation Northwest has coordinated work with Canadian trappers to humanely acquire the fishers for release, which are then recorded, health-screened and temporarily housed by The Calgary Zoo before being transported to Washington.

“Fisher reintroduction has been a model collaboration; a public-private partnership that has grown to include local communities, Indigenous nations, forestry and others,” said Dave Werntz, Science and Conservation Director for Conservation Northwest. “It’s inspiring to see more of these charismatic creatures returned to our state, and exciting to consider the possibilities that collaborative conservation holds for Washington’s natural heritage.”

Conservation Northwest’s Community Wildlife Monitoring Project as well as local Native American nations and other scientific and zoology institutions are also supporting ongoing fisher monitoring and research as the species recolonizes habitat around the state.

Monitoring efforts show released animals have demonstrated signs of establishing themselves throughout the Olympic Peninsula and in the Cascade Mountains from near Mount Adams to Mount Baker, and that they have begun to reproduce.

While presently listed as an endangered species by the State, Washington’s fisher population was not listed under the federal Endangered Species Act during a recent status review due to the progress of ongoing reintroduction efforts.

Re-establishing viable populations of fishers in the Olympic and Cascade Mountains are important steps to down-listing the species in Washington State. The state recovery plan and implementation plan for fisher reintroduction in the Cascades can be found here.

To read more about what else Northwest Trek is doing to protect the wilderness and wildlife, click here.