EATONVILLE, Wash.—Valentine’s Day is just around the corner and love is in the air at Northwest Trek Wildlife Park! There’s no concrete way to measure an animal’s love but many of the animals at Northwest Trek are coupled up, or longtime companions, and enjoy each other’s company. Of course, Valentine’s Day isn’t just for couples- it’s about celebrating friendship and family, too!

Trumpeter swans mate for life, and the current pair in Northwest Trek’s 435-acre Free-Roaming Area are no exception. Rescued with wing injuries that left them unable to fly, they are always by each other’s side, waddling or swimming together every day. The pair have produced over 16 cygnets over the last few years.

Golden eagles also mate for life. Northwest Trek has two of the majestic birds, Yakima and Hayward. The saying “opposites attract” is true for them. Keepers say Yakima has an outgoing personality and Hayward is shy, but the two are regularly seen perched near each other or working together to build a nest.

Born in 2011, raccoons McChord and McKenna were rescued as orphans, growing up together at a wildlife rehabilitation center. They moved together to their forever home at Northwest Trek and have been inseparable ever since. On any given day, they can be seen roaming their habitat or just snuggling together in their den to sleep. Their companionship has recently played a big role for McKenna; she was diagnosed with cancer in August 2019.

“Conspecific enrichment (spending time with another animal of the same species) is so important for this species, and especially for McKenna,” explains Northwest Trek veterinarian Dr. Allison Case. “The companionship, the contact. It’s critical for a full life.”

You could say Omak and Nuka are “lynxed” together. The Canada lynxes can be seen in their habitat together as companions. Originally, the plan was to have the two cats breed but in 2019, that recommendation was reversed because Omak’s genetics were already over-represented in the lynx population. The two cats enjoy sharing space together, and can often be seen playing and chasing each other around.

Bromance. Bro-entines (like, galentines). Brotherly love. Whatever you want to call it, grizzly bears Hawthorne and Huckleberry have it. While not technically brothers, they both arrived to Northwest Trek as cubs around the same age, orphaned in the wild and rescued. They are often seen climbing and exploring in their large habitat together, splashing in their pool or napping on logs near one another.

Galentine’s Day is unofficially celebrated on Feb. 13 and it’s perfect for badger sisters Poppy and Lavender! Galentine’s Day is a celebration of female friendship, and the two badgers are often seen curiously exploring their habitat and digging for food together.

Come celebrate all of the animals at Northwest Trek during Wild Valentine’s Weekend, Feb. 13-15, from 9:30 a.m. to 3:00 p.m. Animals will enjoy Valentine-themed enrichments all weekend long! 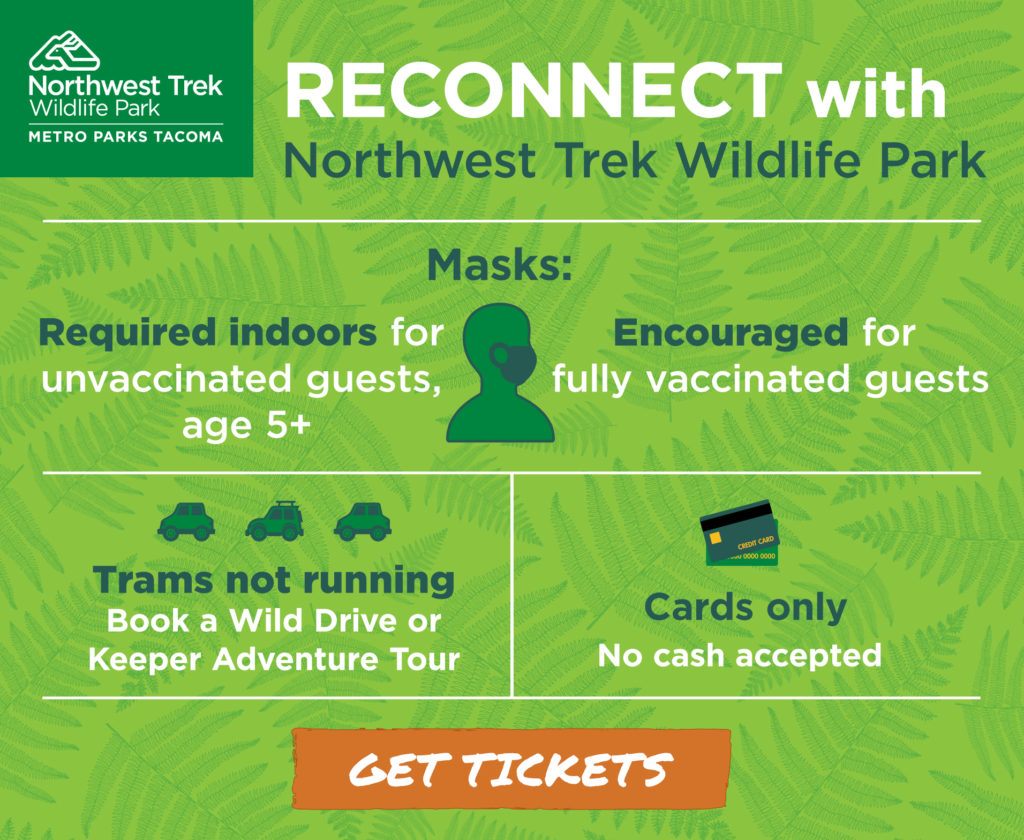