Bald eagles reach adulthood at 5 years old. Until then, their feathers go through a series of changes. Most notable: their dark brown belly and wings have specks of white and their “white bald head” is brown, unlike the iconic images of a fully-grown eagle. Sequoia’s head is a cookies-and-cream color now – a mix of brown and white feathers. Her eyes and beak are also changing, from brown to golden.

Take a look at the photos below to see how her plumage has changed over the past few years. 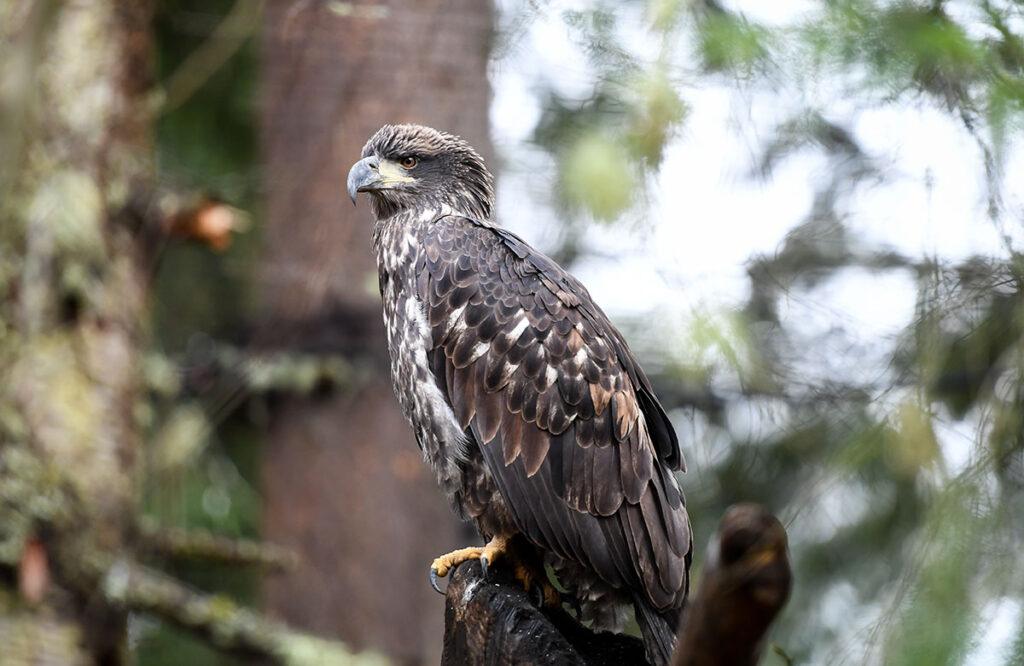 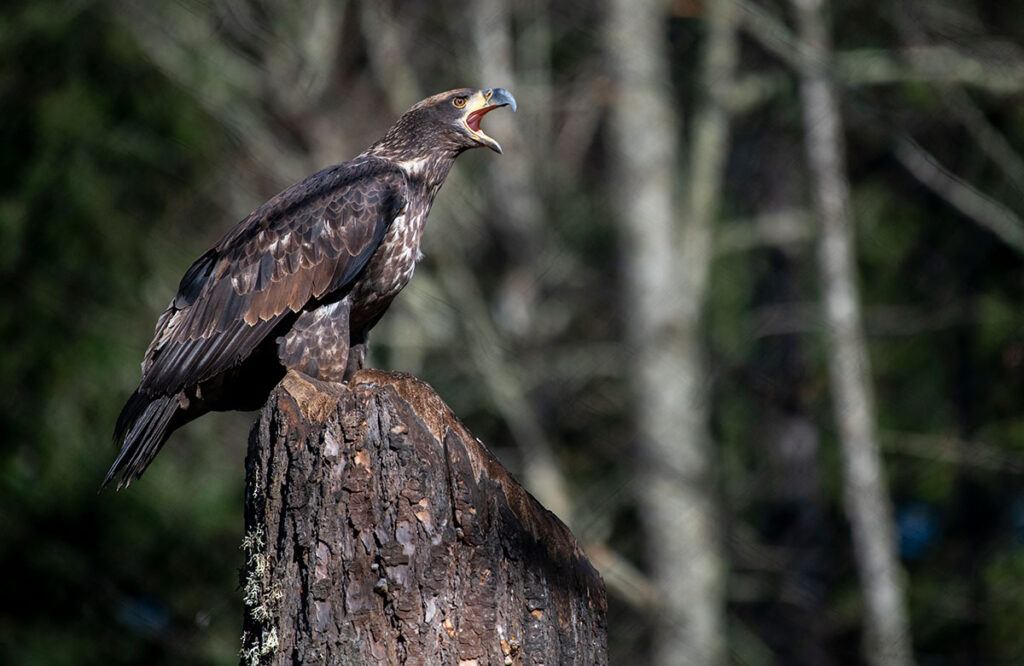 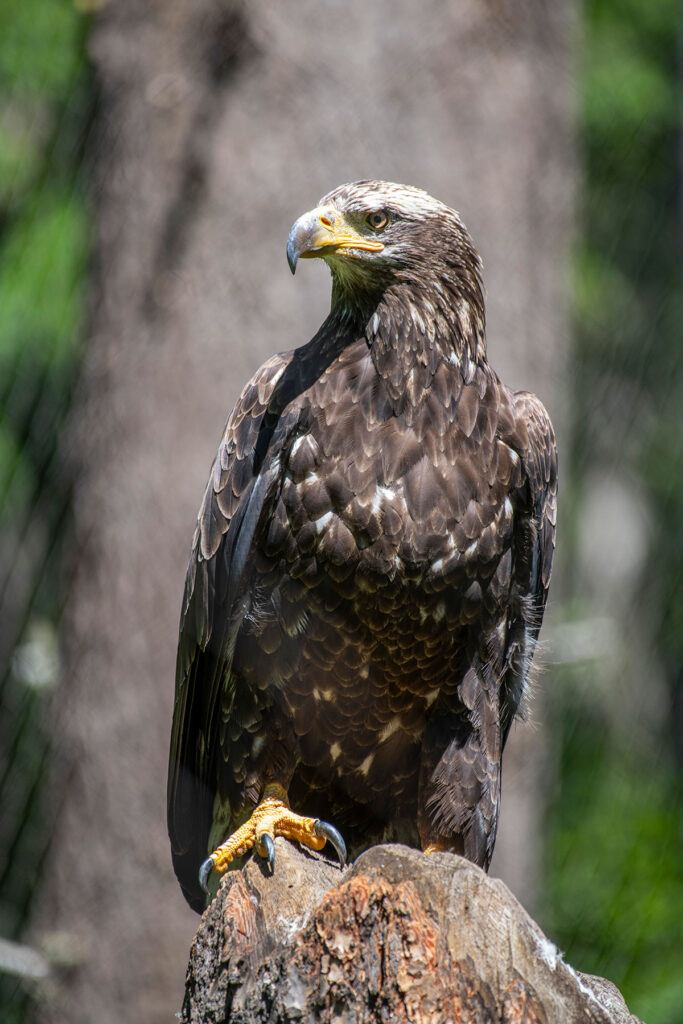 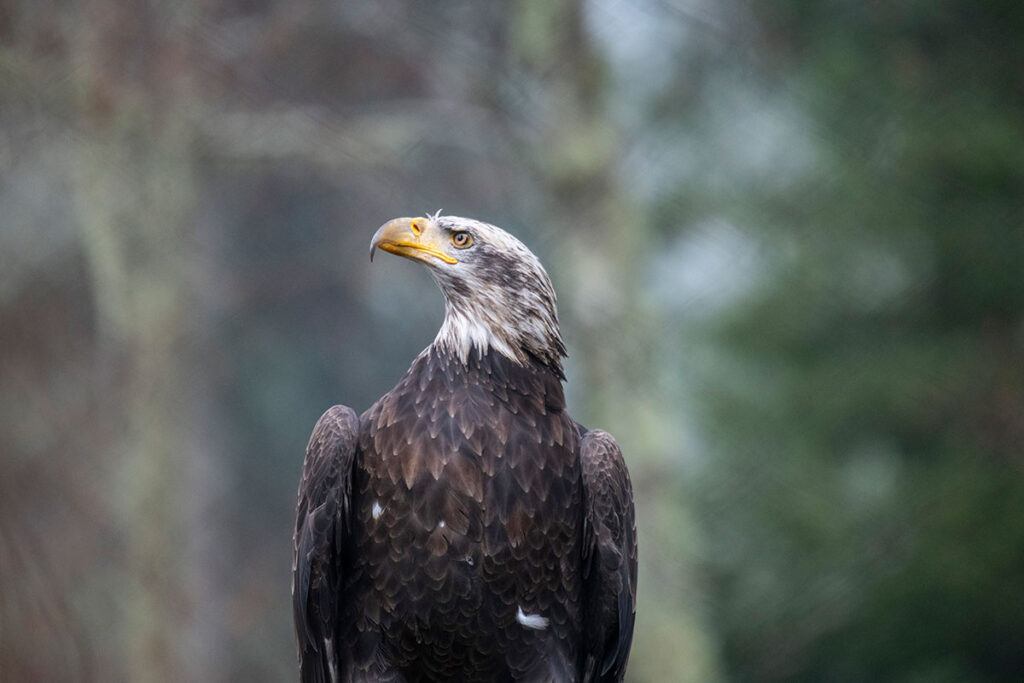 “It’s been incredible watching Sequoia grow since she first arrived at Northwest Trek,” said Keeper Wendi. “She has taught so many people about what juvenile eagles look like and the changes they go through.”

Sequoia, hatched in 2018, was rescued from Whitewater Preserve, California, just outside of Joshua Tree National Park. Her left wing was injured and while she can fly a little, she can’t extend her wings all the way. All four eagles at Northwest Trek have disabilities. They were rescued separately with wing injuries that prevented them from surviving in the wild, and given a home at Northwest Trek. Now they’re ambassadors for this iconic American species, which was brought back from the brink of extinction by community action.

Guests to Northwest Trek can walk through the award-winning Eagle Passage habitat  to get a front row seat to Sequoia’s changing plumage.