Northwest Trek is partnering with the Schell Lab at the University of Washington, Tacoma and Point Defiance Zoo & Aquarium on a community science project – reporting sightings of carnivores like coyotes and raccoons in the greater Tacoma area.

We want to learn more about our local wildlife and how to live in harmony with it – and we want you to join us. 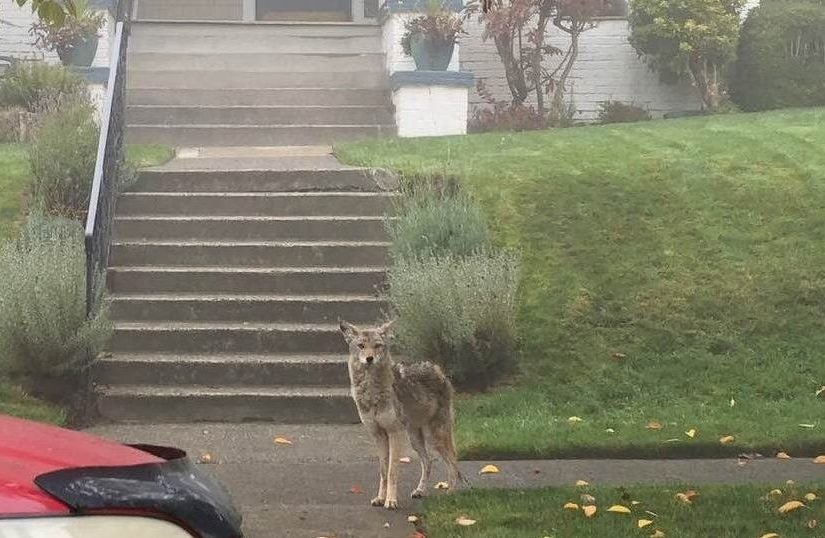 Lately, Tacomans have been seeing more coyotes. Some love them, some don’t. But we all share the same city. So we’re inviting you to join us in observing local carnivores. Why? To understand our native wildlife, and live in harmony with it. 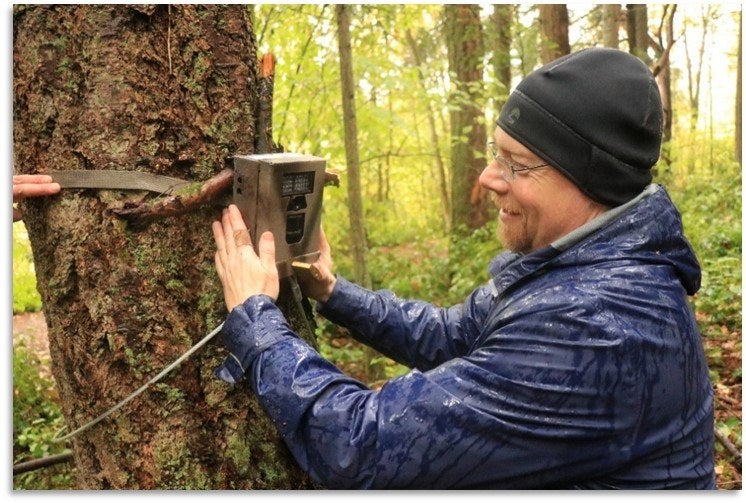 What We're Doing
And how you can help.

To take a snapshot of our urban coyotes (and other carnivores), we’re installing a chain of cameras through Tacoma out to Northwest Trek to record wildlife in action. Plus, we put the project on the iNaturalist app for everyone to record what they see.

Report wildlife sightings to the Grit City Carnivore Project on the iNaturalist app!

Here’s how to do it:

Over time, we’ll build up a database of where and when our coyotes and raccoons are moving around. That will help our research team get a good picture of how they’re interacting with humans, pets and other wildlife so we can learn how to help our natural neighborhood thrive for both people and animals.

How to live in harmony with wildlife

Keep food away from coyotes. Feed your pets inside, prevent buildup under bird feeders, pick up fallen fruit, fence off or securely cover compost heaps, and lock up smelly tools. Never put animal waste in compost. This will also deter raccoons and other carnivores.

Don’t give coyotes access to your trash. Clamp your bin shut or secure it with rope, chain or weights. Tie it to prevent tipping. Or just keep it in a shed or garage.

If coyotes have been seen, keep a watch on small children. Keep dogs and cats inside at night, and be alert when dogs are off-leash. Keep chickens in a secure coop.

Monitor children’s play areas for coyote presence. Prune shrubs low, and keep a hockey stick or pile of stones nearby. Teach kids to act big and shout “Go away, coyote!” if they see one to alert adults and defend themselves.

Coyotes are curious but timid creatures who will usually run away if challenged. If one approaches too closely, pick up small children/pets and act aggressively: stand tall, make noise, wave your arms, shout, throw stones.

If coyotes get used to eating human food and pets, they will lose their fear of humans and become aggressive. Prevention is the key. Talk with your neighbors and keep wildlife wild!

For more information, visit the Washington Department of Fish and Wildlife coyote page.

Coyote FAQs
Everything you need to know.

Before 1700, coyotes were native to the Great Plains of North America. In the early 1900s they expanded east and west, and have been in the Northwest since the 1950s.

Do they attack people?

Coyotes rarely attack humans – only 3-5% of coyote-human interactions in the last decade have resulted in attacks. But they do attack pets, so keep yours on leash and inside at night.

Can they jump fences?

Yes, they are excellent jumpers!  They can scale walls up to 12 feet – see this Washington Department of Fish and Wildlife page for how to deter that.

When do they hunt?

They can hunt during the day but mostly hunt and forage at dawn, dusk and night time.

What do they eat?

Coyotes are hunters and scavengers – they eat mostly natural wild foods like small animals, grass, nuts and berries. But they can eat domestic pets and human food also.

Do they have rabies?

Most coyotes do NOT have rabies, but they can carry the disease, as can raccoons, weasels and other urban carnivores. This is another reason to keep your pet away from them.

Working together
It's a team effort.

We are partnering with Point Defiance Zoo & Aquarium and the Schell Lab at the University of Washington, Tacoma in this project, part of a nationwide effort to study animal numbers, diversity and movement so we can create cities where humans and animals thrive.